This is the first time I’m writing about my trip, well there should be first time for everything, right?

Last year a friend told me about her plan to Vietnam and without thinking twice, i instantly visited airasia’s website. Voila! Tickets of Jakarta – Ho Chi Minh – Jakarta were issued!

Jetstar (From HCMN to Hanoi)

Vietnam Airlines (From Danang to HCMN)

I can’t make it too detailed as it will be hundred pages or even a book! Hope this is helpful and inspiring you to have trip to Vietnam.

Actually it was very hot and humid in Vietnam when we were there, but I had great time visiting 5 cities in 5 days only with total expense not more than IDR 5,000,000.

Pardon the low quality photos as i took them with my blackberry camera.

From the airport to the Backpackers area which was located at District 1 area, we took Vinasun taxi which costed about USD 5. Better to pick Vinasun or May Linh taxi in HCMN, otherwise you will get shocked to know about the other taxis’ rates, very crazy.  Trust me.

The guesthouse that my friend had booked through the website (www.hostel.com), was clean enough for me, it costed USD 10/person including wifi and simple breakfast, with the bathroom inside our room. Actually we could get cheaper one, it’s very possible to negociate if we had booked it on the spot. But since we knew that we would arrive late at night at HCMN airport, we decided to book it online.

Also known as Saigon City, there’re many military paths of the Vietkong war with USA in this city. My friend already inserted Chu Chi Tunnel into our itinerary as the 1st priority in HCMN schedule.  At the night we checked in, we asked the guesthouse girl about how to reach the Tunnel location, she explained if there’s city tour package which costed USD 5/person for the transportation and travel guide. And for the ticket to the area, it costed VND 75,000/person. Then we confirmed to take the citytour which then picked us up at 8 am.

The Citytour collected the tourists one by one at their hotels by a comfort bus and we reached the Tunnel after 2-hour drive.

Well, I was too tired after we went inside the last tunnel which had 100-meter length, can you imagine that we should walk with limited oxygen and in 90-degree position? In certain areas we had to do duck walks along the tunnels and it was really something. Really. I guarantee that my face was really really pale after doing that, even the guide asked me: “Are you ok?” Lol…I couldn’t even say a word at that time.

Once reaching the outside end of the tunnel, my legs were shaking and I decided to sit down for a while and pushed my self to walk to join others to finish the trip, but my legs were still shaking while walking.

The tour guide was a veteran of the Vietkong war that never stopped talking about his war experience during our bus trip. He told us that he would publish a book about Vietnam war shortly.

There was a girl from the city tour that agreed to have a shared taxi cost to the airport. So after taking a walk around Saigon to some historical buildings and traditional market, we checked out of the hostel and went to the airport.

We arrived at Hanoi airport in the middle of the night, hopelessly tried to find the hostel by airport taxi. An expensive taxi, VND 300,000.00 from Airport to the backpackers area. But we had no choice at that time, no May Linh taxi at that late night.

After finding out that almost all hotels were closed already, finally we found one, Green Tree Hotel, that offered USD 15/night for a nice room with twin beds. Not per person, so yeah that was so cheap that we were a lil bit shocked.  There was no wifi in the room, but they provided free internet at the reception area, 3 computers that we could use at anytime. But forget about facebook, they banned it.

In the morning, the city tour that we reserved with the help of the reception guy, took us to Ha Long Bay. Same system as other city tours, picking up one by one at each hotels. The 3-hour ride was worth the beautiful view that we got.

At night around 8 pm, we were dropped back at our hotel and went to the Chicken Rice Noodle Kiosk beside the hotel. It’s delicious. Really. My friend even had her 2nd bowl.

And guess what, We ate that VND-20,000 Chicken Rice Noodle again at the night before we left Hanoi. So cheap and near.

On the second day in Hanoi, we decided to walk around the city until our legs hurt. Lol.

That night at 7 pm, we went to the train station, heading to Hue. The train trip took us to Hue after 12 hours. We paid VND 457,000 for a soft-sleep ticket in a cabin with 4 bunk beds.

From the train station, we asked the May Linh taxi driver to take us to Le Loi area to Phoenix Hotel. We reserved a room on hostelworld for USD 7 per night with breakfast included. Nice small hotel with wifi and bathroom inside the room.

After taking breakfast, we went to explore the city by cyclo, kind of tricycle or becak. But unluckily, we got a tricky driver. In beginning he was so nice, he agreed to take us to The Citadel for VND 30,000. He refused to be paid when we reached the place, he said he would wait in front of The Citadel and would take us to other places. I insisted to pay and asked him for not awaiting us. But again, he insisted.

Finished with the Citadel, then he tooked us to Thien Mu Temple. And we still thought that he’s a nice guy because he acted like one.

Hué is much more the cultural and religious compared to Saigon and Hanoi, I felt strong ancient vibe when exploring the old town.

After done with the temple, then we decided to go back to the hotel area to have lunch and exploring the central city by walking. The driver gave us shock therapy by charging us VND 230,000. PER PERSON. Of course we paid him, unsincerely, after some arguements.

Before we called it a night, we went out to watch Water Puppetry, an awesome show with players moving under the water –a small pool– to make the puppets appeared over the water.  Too bad I don’t have any photo of the show. The ticket was VND 80,000/person.

Having checking out from the hotel, we took a bus to Hoi An with cheap fare VND 50,000. The AC didn’t work well, too bad, but the rest area view paid it off.

From Hoi An to Danang airport, we got a taxi that charged us VND 340,000 only. The taxi driver didn’t complain when we asked to stop by, letting us take pictures at the Japanese Bridge and some Ancient Temples. 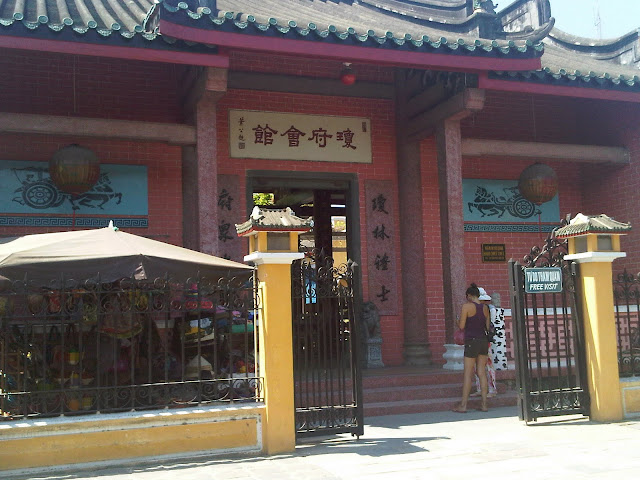 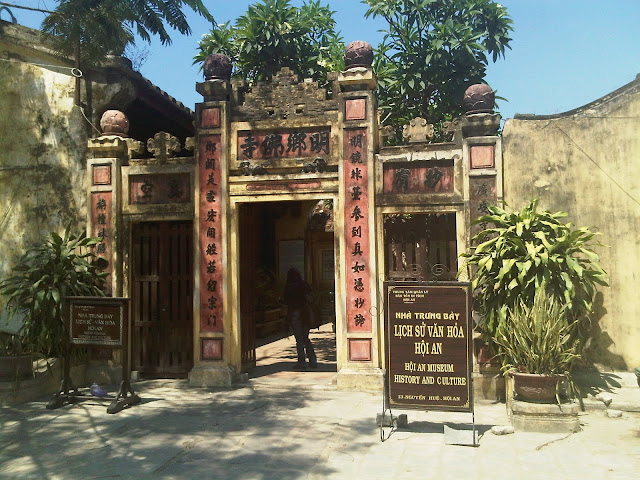 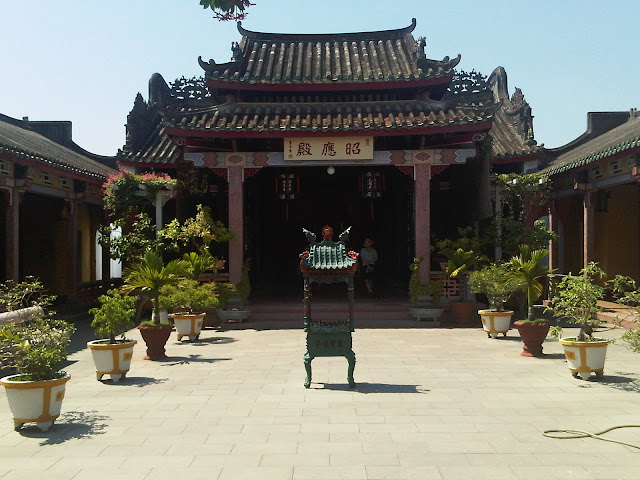 We ended the trip with flying back to Saigon then Jakarta. Until then, Vietnam!

Read In Your Language

Being alone for a while for healing from everythin

Wondering when we can go to the beach again. Yes,

Everything will be just alright, stay alert but do

Ririntikan is known as one of those plants for the

Sometimes we have to let go of trying, releasing t

It's good to have life review once in a while, esp

When something is taken from me, it means it isn't

"Be kind to you yourself." I've been seeing this

Nothing to worry about, it's just another mercury

Have faith. Just see the wrong experiences as dark

I can't say I've succeeded in having a zero waste

7 Options Of Weekend Getaways From Jakarta